AFA – Wuzhen was commissioned for Utopias and Heterotopias, the inaugural exhibition of Art Wuzhen, in Wuzhen, China. The renovation of an old Mao silk factory compound into a new contemporary art complex was incorporated into the making of the piece. The transformation from old to new, an endemic feature of contemporary China, is an integral and narrative component of the resulting work.

In the final pieces, AFA was used as an open-ended performance vocabulary rather than as a usual structure of individual, delineated performances. The finished work included a video, a set of photographs and a live performance.

AFA – Wuzhen The shooting of the video and taking of photographs unfolded in two distinct sessions. The first session took place at the beginning of the Silk factory’s renovations November 2015 during a period of freezing and wet weather. The second session took place in warmer weather in April 2016; close to the point the compound was complete. I spent an additional two weeks editing and installing the exhibition.

AFA - Wuzhen: Photo Cut Out (Male) For the opening of the exhibition one male volunteer was photographed in his underwear in a pose of his own choosing, and the resulting images were printed to size. During the performance the images were cut into fragments and applied directly to his body. 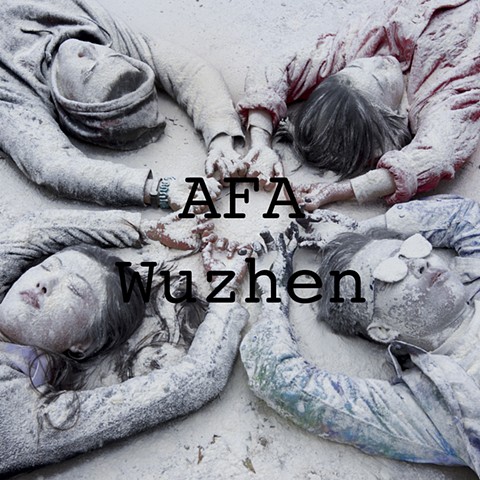 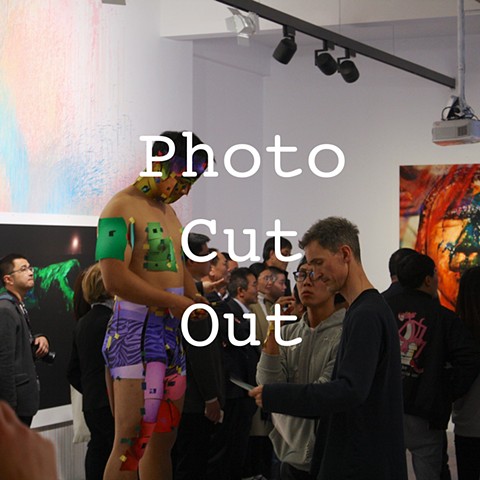