14 Areas for Action performances were organized at DiverseWorks, with new groups of volunteer performers daily, and many “off the street” visitors.

01/22/15 Mondrian Miek - Group 1 A group of volunteers was painted with body paint, and one volunteer’s head was shaved for this performance.

01/24/15 Choreography A group of volunteers and off the street visitors developed a piece of choreography.

01/30/15 Aluminum Foil One volunteer performer assumed a pose while visitors added (but not subtracted) aluminum foil, tape and string. When the group ran out of the allocated materials, old materials were recycled and new materials were found (including a banana, an orange, and a canister of blue house paint). More people joined the initial volunteer holding poses.

01/31/15 Red White Blue Volunteers were painted with body paint in one of three colors. They arranged themselves on pedestals of the corresponding color (red on the red pedestal and so on). Every few minutes the groups were asked to change their poses. As the performers grew physically more comfortable with each other and drew inspiration from one another’s poses, their poses changed accordingly. Glitter (red, silver, blue) was added intermittently to highlight shapes and detail.

The performance started with three performers but more joined throughout the day.

02/?/15 Self Directed Photo Cut Out This performance was entirely self-directed. A group of volunteers met in the gallery and responded to the already introduced processes and materials however they wanted. There are no photographs of this performance.

02/26/15 Cut Out Male A male participant’s entire body was documented, and a selection of images was printed to size in advance of the performance. During the performance the printed images were cut into fragments and applied directly to the performers body. Visitors to the gallery joined in the performance in various ways, including blowing flour at the performer.

02/27/15 Glitter Group The performance started with five scheduled volunteer performers and grew over the course of eight hours to fourteen performers. Using baby oil, volunteers attached gold, red and blue glitter. Visitors spontaneously stripped to their underwear, covered themselves in baby oil and glitter and joined. 100 pounds of holographic glitter was used.

02/28/15 Color Spit Group A growing group of participants spat food dye in choreographed bursts for this performance. Many of the participants had already performed in other AFA performances. Because the performers already had a level of comfort and trust with each other, the performance was intense and physical.

03/04/15 Cut Out Female (and Male) One female volunteer’s body was photographed in a pose of her choosing and the resulting images were printed to size. During the performance the images were cut into fragments and applied directly to her body.

When the performer needed to take a break, a male member from the audience volunteered to temporarily take her place. He stripped and assumed her place and pose, while the photo-fragments of her body were applied to his. When the female volunteer returned both performers remained in place for the rest of the performance.

??? Untitled (Knitting) A group of participants each knit on a pre-knit sheet of circular yarn. Each circular sheet was connected to two neighboring sheets, creating an entirely interconnected structure. In order to gain a stitch a performer had to unravel fabric from a neighbor. Gains and losses became visible through changes of color in the performers’ sheets.

03/08/15 Aluminum Foil Ball For this last day of the exhibition, all printed images, slideshows and video were displayed on walls and monitors, performance residue was arranged in sculptural clusters, and all work was properly lit. Instead of a regular opening, a participatory party was organized. A DJ played music, a food truck sold food in front of the gallery, and a large amount of aluminum foil was provided for gallery visitors to transform themselves however they wanted. It was both an opening and a piece of art. 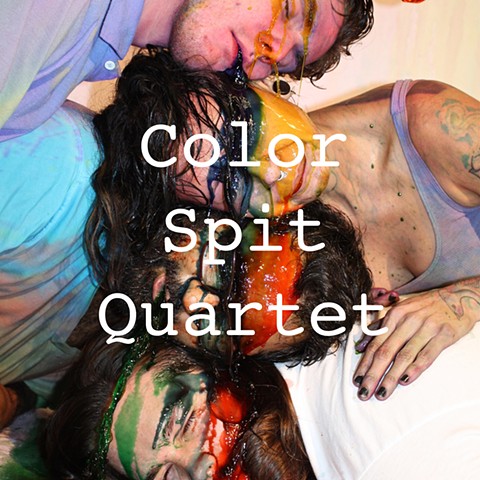 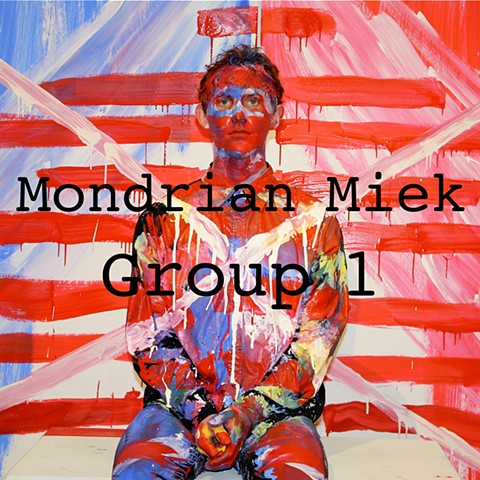 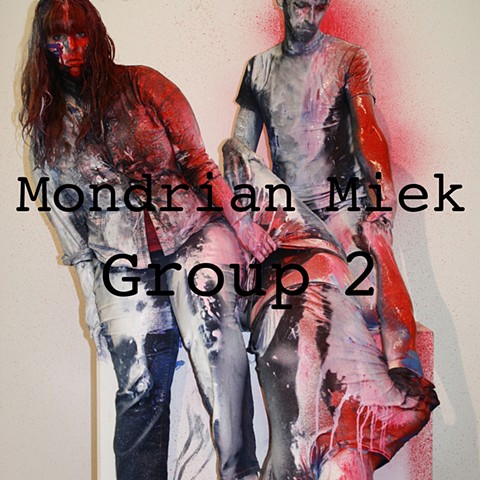 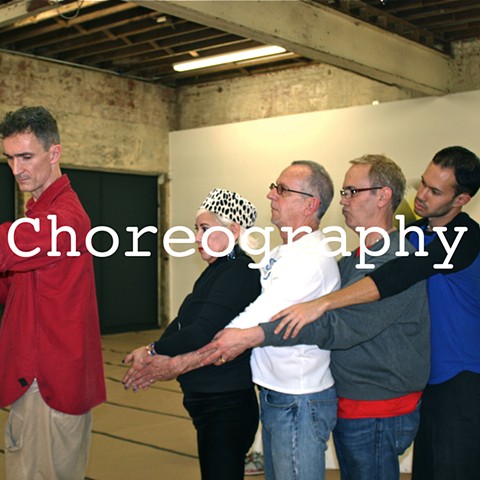 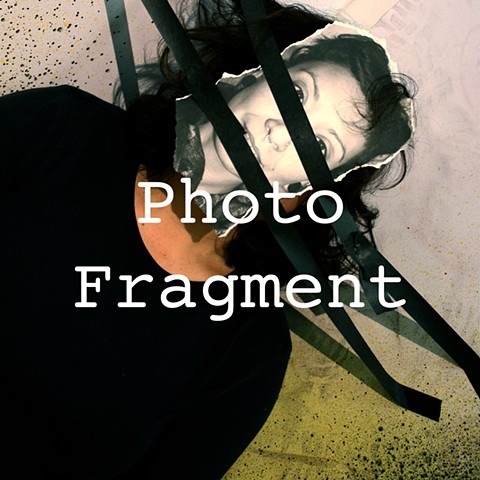 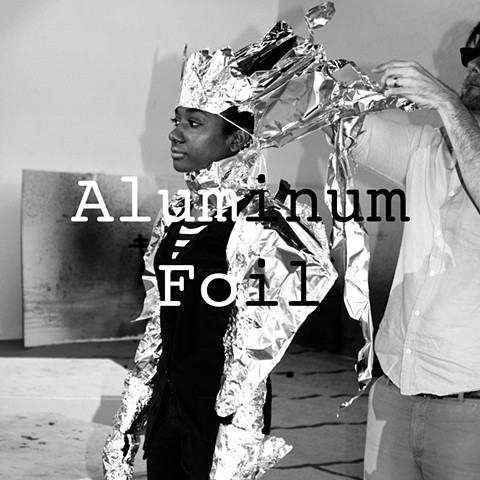 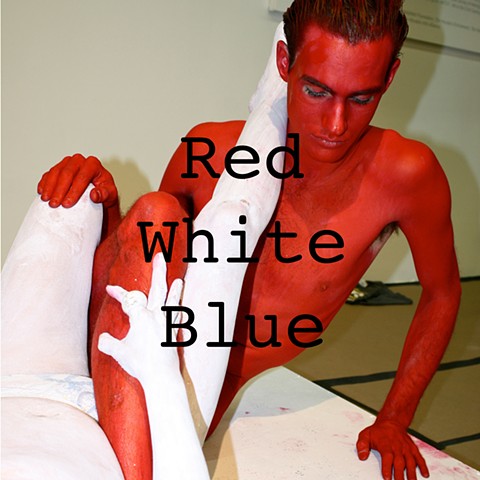 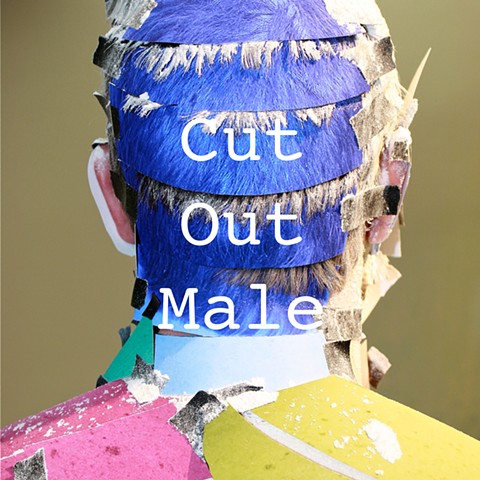 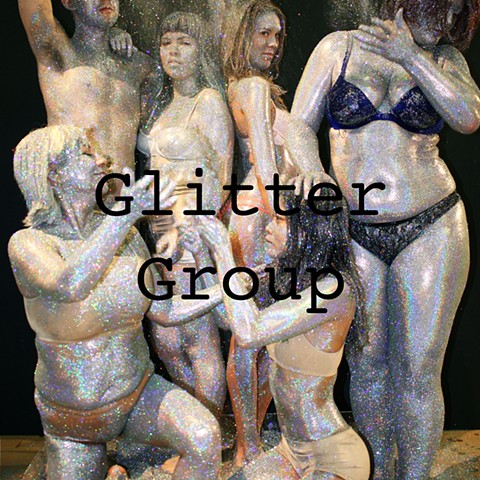 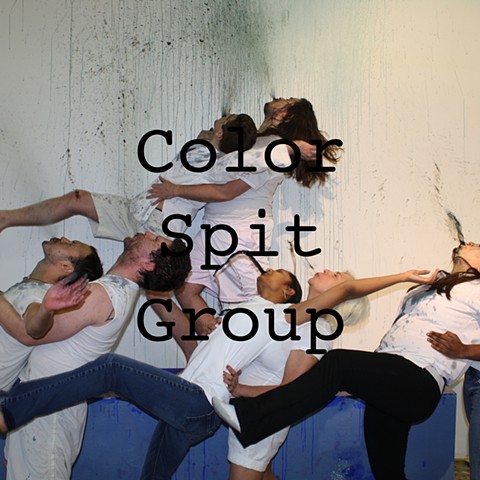 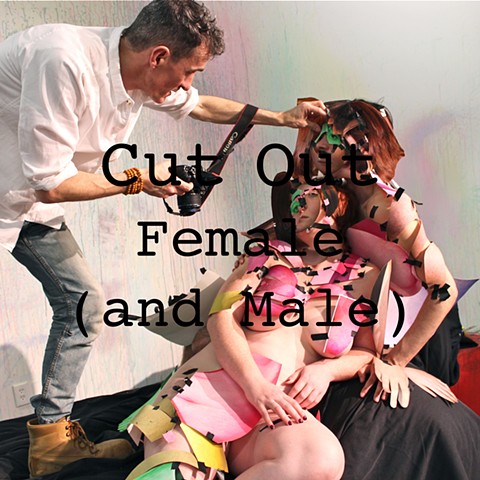 Cut Out Female (and Male)
Knitting 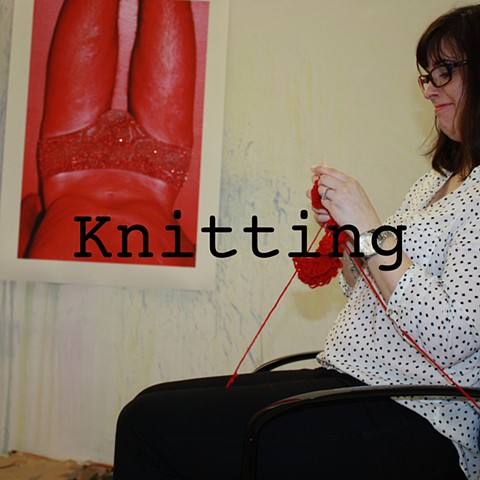 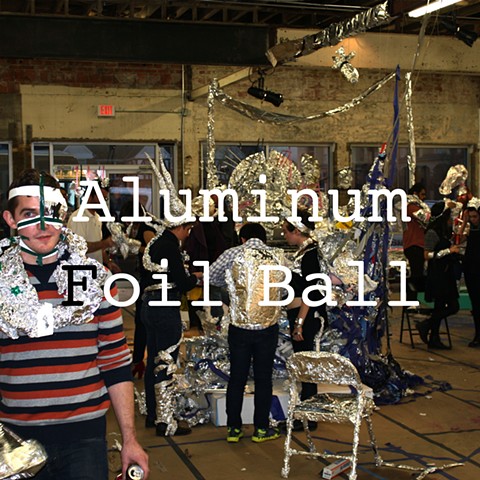