03/04/15 Cut Out Female (and Male) One female volunteer’s body was photographed in a pose of her choosing and the resulting images were printed to size. During the performance the images were cut into fragments and applied directly to her body.

When the performer needed to take a break, a male member from the audience volunteered to temporarily take her place. He stripped and assumed her place and pose, while the photo-fragments of her body were applied to his. When the female volunteer returned both performers remained in place for the rest of the performance. 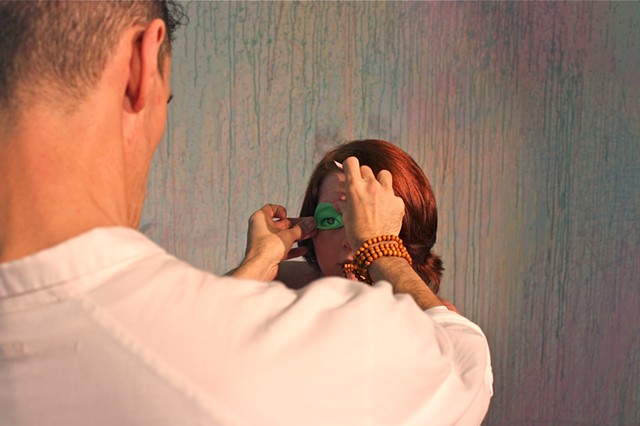 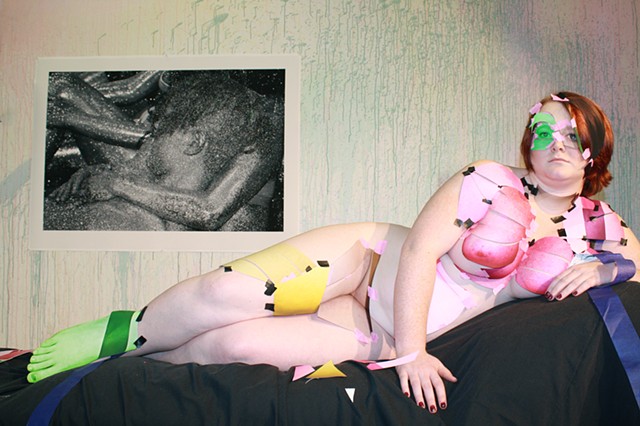 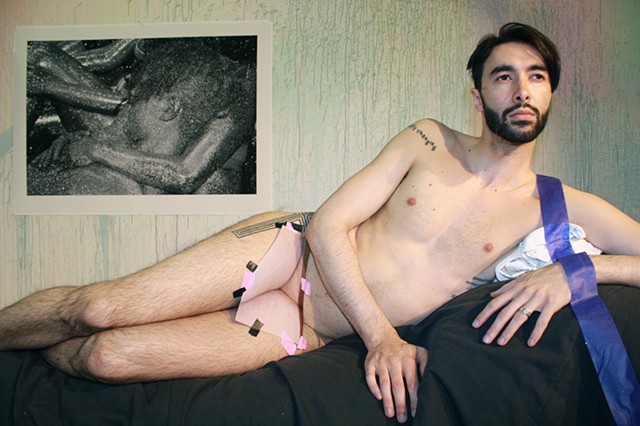 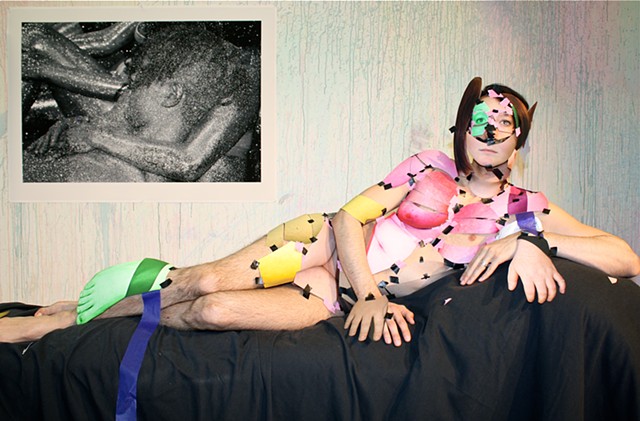 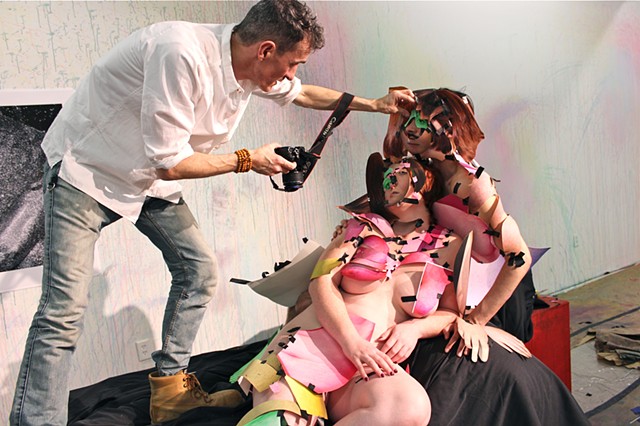 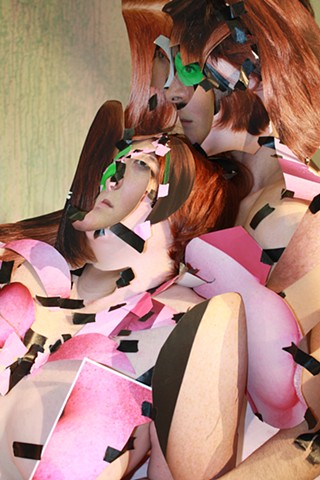 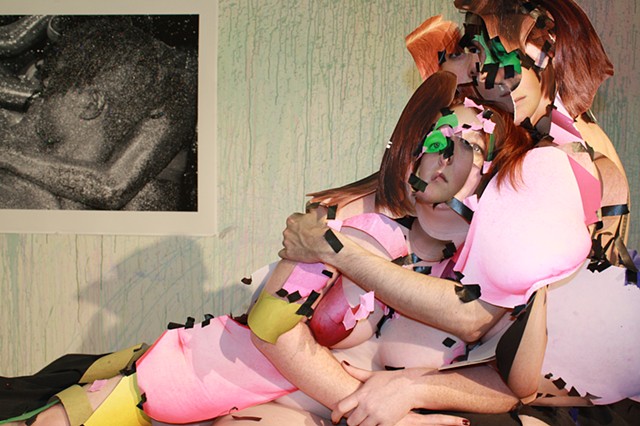 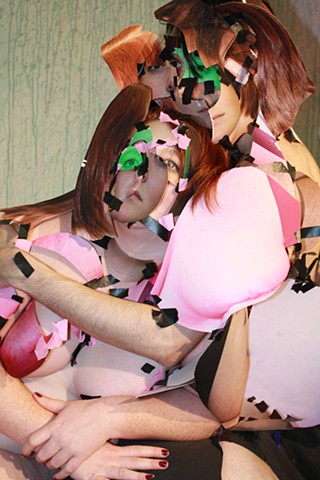